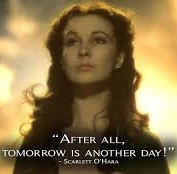 I have Fibromyalgia. I also have been diagnosed with a PVC Heart Arrhythmia and I have learned how the Beta Blockers affect me, both for the good and the not-so-good.

I have been taking a Beta Blocker for over six weeks now after a bout with my heart where it would not stop missing beats continually for over six hours. Off to the ER I went! Since I have Fibromyalgia, the hospital stay alone caused me problems, but the Stress Test is what did me in!

I remember telling the Cardiologist that my heart would not be the reason I could not complete the Stress Test (wink, wink) it would be my joints due to the Fibro!

My famous last words were accurate, because as I was running on the treadmill, up a steady incline, becoming more inclined every 10 seconds, my joints began to burn and scream at me. I mentioned this (casually…while huffing and puffing) to the Cardiologist as he nicely asked me if I could give him “one more minute”…

Needless to say, the next day I hurt in places I did not know could hurt! That 24-48 Hour Fibromyalgia delay thing! Plus, I ended up with a Migraine to boot!

So, my heart tests all showed a PVC Heart Arrhythmia and a Beta Blocker was prescribed.

After I got home from the hospital, I crashed out. I mean, my body literally went through this “I need to sleep” thing, and I did exactly that! Part of it was due to the Fibromyalgia. My body just cannot take that kind of physical beating! The other part was due to the Beta Blockers. Three days later and I still felt like my body was trying to catch up with itself.

On the BB, certain things that once frustrated me, now did not affect me. Certain people who used to push my buttons, so-to-speak, it was now like “Whatever.” I could not get angry to save my soul. This is a good thing, right??? Well, yes. But when the room is quiet and the dog suddenly barks, normally I would jump and my heart would start racing as my adrenaline kicked in. The problem was when that did happen, my heart tried to start racing and its like it couldn’t. I would wait for the feelings of adrenaline and it did not come.

It was very weird.

It took a few weeks for my body to adjust, which it did do, to a degree.

Another thing was I began to feel agitated and short-fused and did not realize how bad it was until one of my children pointed it out. I researched the side effects and Bingo! that was one of them. In fact there were numerous side effects…

That research lead me to understand that the meds had also been making me feel very depressed. I did not know much about depression and did not realize that was what I was experiencing.  Actually, I thought it was just a recent version of me. Like, okay, so I am very mopey and cannot seem to find anything to smile about.

I did not realize the medication was making me feel this way. I have never felt before like these meds made me feel. EVER. The feeling of being overwhelmed at the tiniest of things, feeling like it would take forever to get through the day, feelings of immense sadness for no reason….all…day…long. Like everything was a monumental task.

Skip to the checkup where my Cardiologist decides to lower my dose of BB and take me off the potassium and magnesium. That was two weeks ago and all the agitation and depression symptoms are GONE and (thankfully) my heart is still staying in rhythm!

Now, It is hard for me to actually remember how awful I really felt on those meds, save the regular heart beats!

So, how would I sum this up?

Take the Beta Blockers if your doctor says you need them. People don’t die from a PVC Heart Arrhythmia, but the skipping of beats causes anxiety and sleeplessness and you don’t want that! Take the minimum amount possible to ease the symptoms and speak with your doctor if you experience any abnormal symptoms.

One SUPER-BIG-BONUS for me was the Beta Blockers did keep my migraines away! My last one was in the hospital and I just had my first one now that I am dosed down. I went six weeks without one and that was wonderful!

There are pros and cons to meds. Personally, I don’t like taking medicine, not unless the benefit out-weighs the risk, I would rather “get through it” some other way. But, the BB were something I needed to get my heart back in step and I learned quite a bit about myself in the process.

One thing I do know is that I have Fibromyalgia. I hurt daily. Some days it is all I can do to survive the pain. But I am a SURVIVOR!

The good news is that the bad days come…and go.

But to coin the phrase…

It is another day. And it may be a rough one. The storms may roll in-Literally-Causing extreme joint pain and fatigue, making it difficult to bear it. But it will pass. Stay positive!!

Gentle Hugs and God Bless You!

Published by Fibro Momma of Ten

The Fibro-Lupus Butterfly is a website about a home-schooling mother of ten who battles the wolves of Fibromyalgia and Lupus every day while trying to find a balance in this new way of living. The "About Me" tab gives the whole story about her journey in this strange land of chronic, invisible illness. View all posts by Fibro Momma of Ten

This is a website to help me and you deal with the daily struggles of living with chronic pain. It is a work in the making and I encourage you to check back often for updates! As any person with Fibromyalgia knows, sitting behind a computer- let alone trying to build a website-that it can take weeks to finish your thoughts!! Please be patient with me as I begin to build what I feel the Lord is desiring me to say.

More Posts from The Fibro-Lupus Butterfly